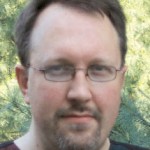 The music of Elise Witt exudes an innate charm, worldliness, and wit, topped with an irresistable singability. It is an arranger’s joy, especially when the vocal lines lend themselves so readily to choral treatment. My challenge was to write choral arrangements that do justice to the uniqueness of Elise’s beautiful contralto voice. It is mysterious in that it’s the kind of voice that sounds lower than it actually is. It can sound light and flexible down low, while still providing the needed power and non-strained focus in the upper range. From the first day I worked with her, I knew that choral arrangements of her songs would flow like a river. Elise is also a first-rate song leader, and having these songs in parts finally available in print will facilitate a much wider distribution, especially since hundreds of people who have attended her workshops all over the country have been requesting them for some time. I hope that you will enjoy singing these arrangements as much as I have with my own choir in Silver Spring, Maryland. – Michael Holmes 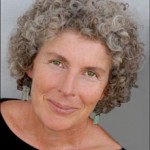 What a joy it is to finally have my music arranged in choral treatment. I have performed and recorded most of these songs in concert versions, and for years I have been teaching and leading them with choruses, choirs, ensembles, and community groups around the country and abroad. But I have always dreamed of hearing them in full glorious choral arrangements. In Michael Holmes I have found the perfect arranger and collaborator. We are both extremely eclectic in our musical tastes and experiences. We both have a background in classical music, and we both have deep love and involvement in a myriad of musical styles ranging from gospel, folk, and blues, to jazz improvisation and ethnic music from around the world. Because Michael is both a singer and a choral conductor, as well as a music scholar, his vision is the perfect complement for my (sometimes “quirky”) songs. In this series you will find music for many occasions, from inspirational to memorial to humorous. We encourage you to include improvisation and creativity in the execution of these pieces. This series also lends itself to a complete concert with all the variation in dynamics, style, and content that tells a story, the story of the power of song to transform us individually, and to unite us as community.– Elise Witt