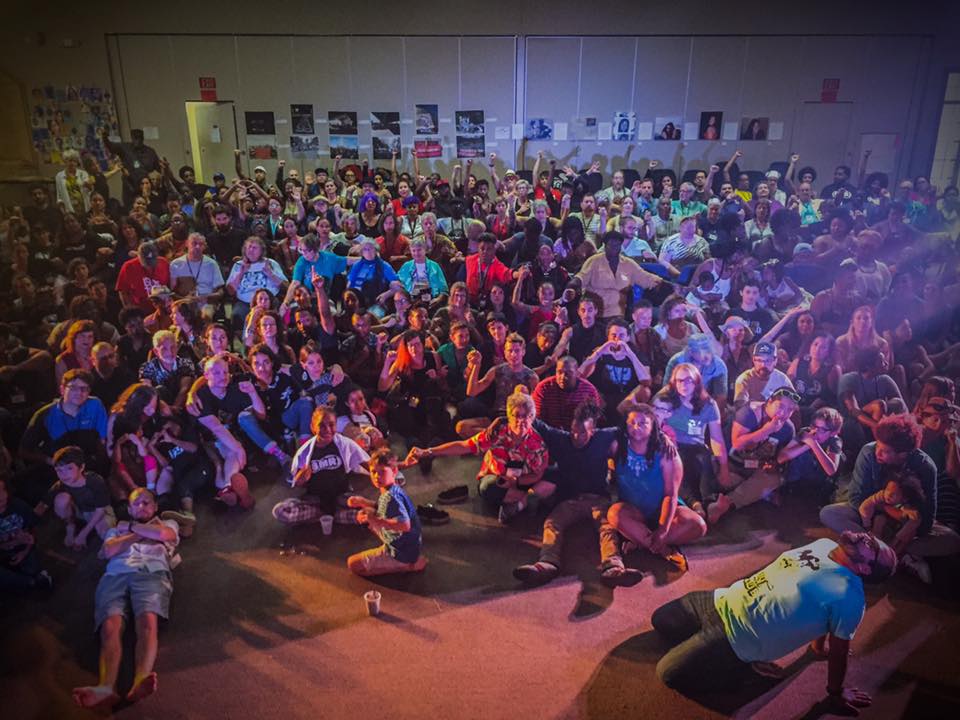 Alternate ROOTS is a coalition of artists who work at the intersection of art and activism. ROOTS has been a font of inspiration since I first joined in 1978, and many of my artistic collaborations have been with ROOTers. “Five Women from the South” brought me together with Jo Carson, Linda Parris-Bailey, Paula Larke & Celeste Miller. Raymond MS musicians Carlton & Maurice Turner aka M.U.G.A.B.E.E. (Men Under Guidance Acting Before Early Extinction) have lit fires inside my music for many years. Percussionist Beverly Botsford and I take students on multi-lingual musical journeys. And the Ukulele Ladies, aka Ann Kilkelly & Carol Burch Brown, have been favorite instigators of wild and crazy theatrical productions. In the summer of 2011, we celebrated Alternate ROOTS 35th anniversary with ROOTSFest in West Baltimore on the Highway to Nowhere. In 2016 ROOTS celebrated the 40th anniversary, since our founding at the Highlander Center. 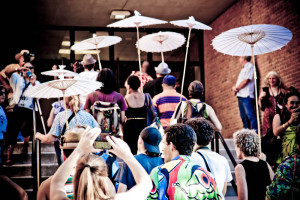 It’s been an honor to be part of the Musicians’ Collective for the School of the Americas Watch for the last 6 years. Over 20,000 people gather each November to commemorate the murder of Bishop Oscar Romero in El Salvador, and to demonstrate the urgent need to shut down the SOA aka School of Assassins. The Salvadoran military who killed Bishop Romero were trained at Fort Benning in Columbus Georgia, at the infamous School of the Americas (recently re-named WHINSEC). Pete Seeger called the SOAW “the singin’est movement today.” It’s wonderful each year to sing with artists from all over the country, who use their music to shed light on injustice and bring people together in song.

I am a proud member of the American Federation of Musicians Local 1000, a non-geographical local of traveling musicians from across the United States and Canada. Here are some of my union sisters and brothers at our gathering at the Highlander Center in New Market TN. We got to witness one of the famous Highlander rocking chairs being presented to Sweet Honey in the Rock founder Bernice Johnson Reagon. Since 1932, the Highlander has been a center for organizers of the Labor Movement, the Civil Rights Movement, and most recently Immigrants’ Right Movements to meet, strategize, and be inspired.