Standing in a circle.

One person sings a phrase with exaggerated body movements.

Group gives back the phrase as exactly as possible, echoing the pitch, tone quality, and color, and mirroring the body movement. Group members try to get inside the Caller’s voice and body.

Callers can sing their name, favorite food, or whatever the situation inspires. Sometimes nice for the same Caller to go twice, using the same words but varying the rhythm and melody of their phrase.

Go around the circle and use Frankie Quimby’s “Open Letter Method” – “open your mouth and let’er fly!” Frankie Quimby and her husband Doug led the Sea Island Singers along with their many children and grandchildren, and inspired by the great Bessie Jones.

From the work of Bobby McFerrin and his vocal orchestra – Voicestra http://www.bobbymcferrin.com
and Rhiannon http://www.RhiannonMusic.com

One person gives out repeating parts to the groups.

Find parts by first singing what’s inside, then refining to find a motor part. Harmony is good. Look for spaces in the motor part to interlock new parts.

Find parts by first solo-ing over what is already created.
Play with rhythm – try putting 3 over 4 or try something in an odd rhythm like 5/4, 7/8, 9/8
Play with tonality – use some unusual harmonies, try notes that may not be the “first choices”
Play with language – try using some sounds you don’t always use; experiment with different consonants; imagine you’re speaking a language you don’t know but have a sound in your ear eg. french, russian, italian, etc.

The person giving out the parts can then solo over the foundation they have created.

Break ‘Em On Down

Break’em on down these walls between us

6) I Do Not Walk This Path Alone

I Do Not Walk This Path Alone

I DO NOT WALK THIS PATH ALONE

I do not walk this path alone

No matter where I’m bound

We all stand on someone’s shoulders

When we reach for higher ground 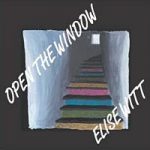 Recorded on the CD

“Open the Window”
and available as a Choral Arrangement:
SATB, SSAA, TTBB

Mama and Papa are fighting like snakes
Baby is crying like her heart will break
Neighbors lock their doors, build fences so high
Don’t see what’s to discover on the other side

Borders ’round countries, borders’ round the skies
The only border close you in is the border ’round your mind

This big old world is in a great big mess
Let’s open the window, find peace and rest

Changes are a comin’, but that’s understood

Changes are a comin’ and it’s gonna be good

Too much killing of those in blue

Honor those who protect me and you

And if we poison the waters, then we know we’re all done

Hordes of working people living on the street

Richest nation ever but not enough to eat

Too much distraction always online

Our cell phones are dead but we really don’t care

Just singing with our friends, we’ve got a song to share!

The tarantulas are on the road

Looking for girlfriends before it snows

Eight fuzzy legs, carry them along

Eight fuzzy legs, they must be strong

Gotta carry them over the desert

‘Cross the desert to Mexico

The turtle remembers a dream in December

Alone with songs of the whales

Do you have a recipe for my Salsa Garden?

I See You With My Heart

by Elise Witt with students from the Global Village Project

I See You With My Heart

I See You With My Heart PARTS

To avoid straining up for high notes, and pushing down into low notes, create a palindromic keyboard.

Imagine all the notes of the universe laid out horizontally in front of you, on one keyboard spread out to your right, and a mirror image keyboard spread out to your left. As you learn a song, play it with both hands mirroring each other on the 2 keyboards. Lower notes are close in. Higher notes are farther out, which corresponds to the arms and rib cage spreading to make more room for the higher notes.

This also helps to get pitch references of how to get from the end of one phrase to the beginning of the next. For example, the palindromic keyboard might help you realize that the note you ended a phrase on, is the same note that the next phrase begins on.

You don’t have to know anything about music theory or reading music to utilize the palindromic keyboard to quickly and easily learn a melody.

Listening to more than one element at a time. Like percussionists in a West African drum ensemble, playing their own rhythm, while being part of the over arching rhythm.

1) listening to your own voice’s melody, rhythm, words, timbre…

3) listening across the circle to singers on other parts

4) listening to the Whole – how it all fits together

Before we begin singing, we can already hear the music in the air. As you breathe in to begin a song, listen for the resonance of the music already vibrating.

When a song is finished, allow it to continue to vibrate and resonate in your body and the air around you, letting it settle, before talking or clapping or moving on to whatever is next.

During our waking hours, our brains are busy with Beta waves zipping and zinging along. When we sleep, the busy Beta waves take a rest, and the information we take in, has a chance to sink deeper into the Alpha and Gamma waves. Thus when we wake up, information we took in the previous day is more firmly lodged in our memory and knowledge.

THE GOLDEN THREAD ATTACHED TO THE UNIVERSE

Imagine a golden thread connected from the crown of your head up into the sky. The thread is connected to the pearls of your spine. Between the pearls there are cushions of air. As the thread connects to the universe, the body elongates and relaxes becoming ever more spacious and fluid.

On the bottom of your feet, just below the ball, is an acupressure point where all the meridians come together. From that point, you can open down into the earth, feeling the energy flowing down the body and into the earth, and coming up from the earth into the body.

LAOGUNG – PALM OF YOUR HAND

The palms of the hands have powerful energy, as in “the laying on of hands.”

Rubbing the palms together creates powerful energy, and you can move energy through the body via the laogung (palms).

15) God Danced the Day You Were Born

God Danced the Day You Were Born

by Andrew Lawrence
(a swing jazz round in 3 parts)

GOD DANCED THE DAY YOU WERE BORN

I have heard some folks say that long ago
God could not dance to save her soul
But people, I”ve seen her shake that jelly roll
Just thinking ’bout the gift of you.

16) God Danced the Day You Were Born

God Danced the Day You Were Born

by Andrew Lawrence
(a swing jazz round in 3 parts)

GOD DANCED THE DAY YOU WERE BORN

I have heard some folks say that long ago
God could not dance to save her soul
But people, I”ve seen her shake that jelly roll
Just thinking ’bout the gift of you.

17) Let Me Believe That Love Is Possible

LET ME BELIEVE THAT LOVE IS POSSIBLE

I wil raise my voice for justice

Let me remember the courage in my soul

I can feel the heat
Like a ball of fire
Like the heavenly sound
Of a gospel choir
I can see the light
Like a brand new day
Like a bolt of lightning
It takes my breath away.

Bring Me a Little Water, Sylvie

Every little once in a while

Bring it in a bucket, Sylvie

Bring it in a bucket now

Bring it in a bucket, Sylvie

Every little once in a while

Bucket in my hand

I will bring a little water

Fast as I can

When there is light in the soul,
there is beauty in the person

When there is beauty in the person,
there is harmony in the home

When there is harmony in the home,
there is honor in the nation

When there is honor in the nation,
there is peace in the world.

Where Will I Go From Here?

WHERE WILL I GO FROM HERE?

I no longer have all the time in this world

Where will I go from here?

How will I use my years?

How will I face my fears?

What do I hold most dear?

Where Will I Go_