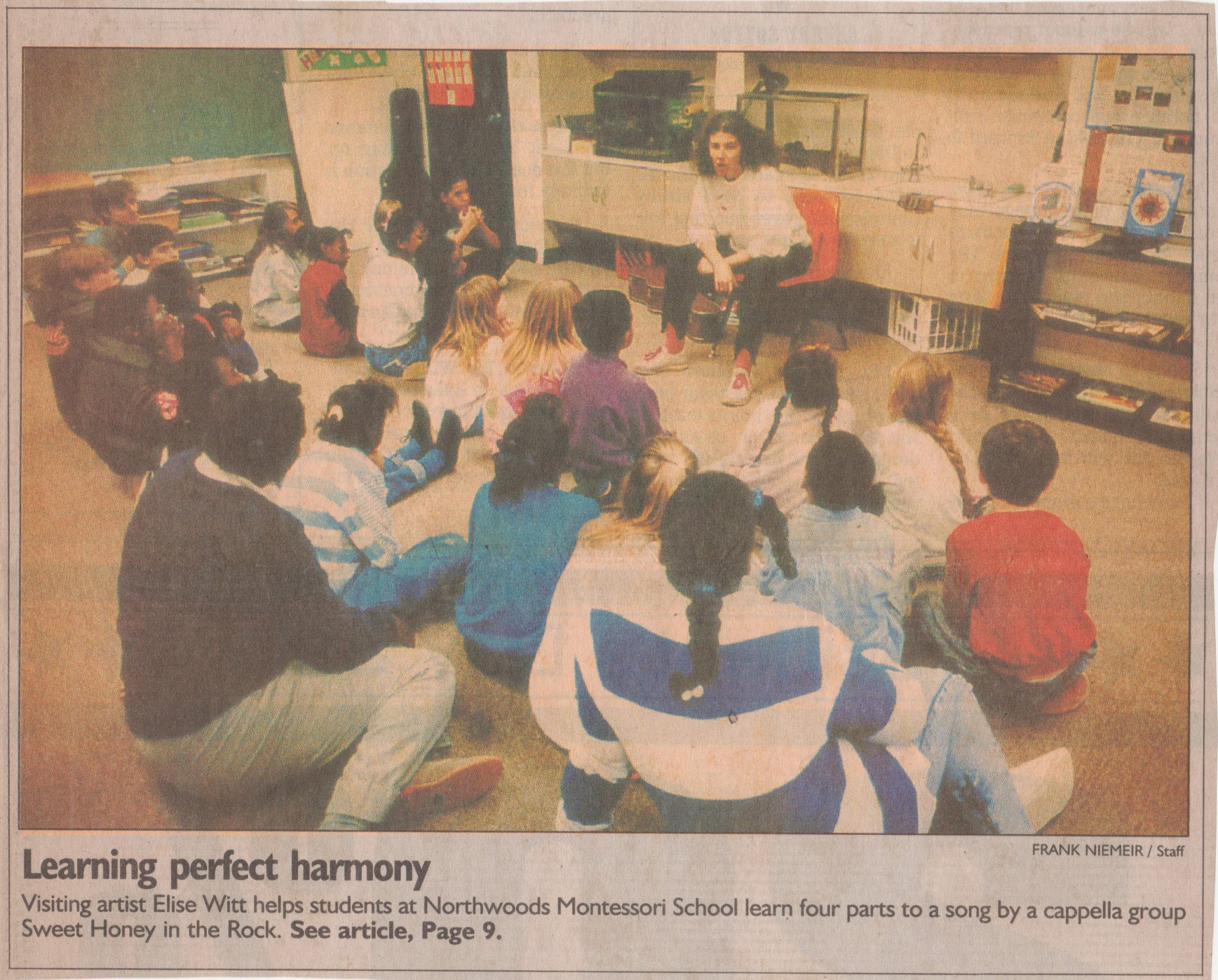 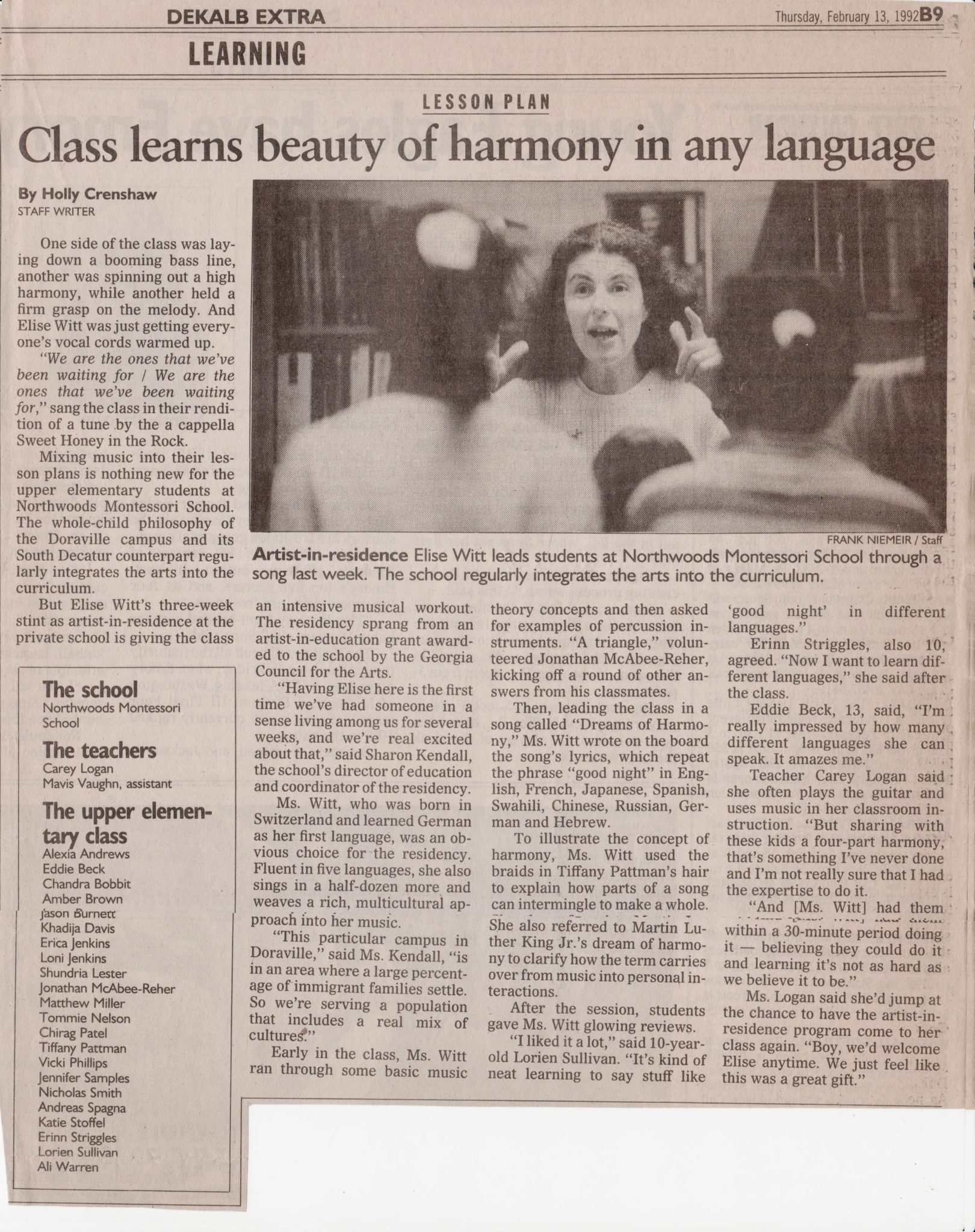 What made Elise Witt and Phyllis Free’s concert at Artswatch last Saturday so memorable was their way of drawing the audience into the performance and teaching them about music without making the experience didactic or taking away from the concert’s structure.

Phyllis Free, drummer for the Louisville band Yer Girlfriend, began the evening with a number of her own compositions on conga, buckets, paint cans, sundry pieces of furniture, a wooden African percussion instrument called a dhakabella and roto-toms, a set of three plastic and steel drumheads whose sound could be altered by twisting them back and forth. The music was simple and uncluttered but never monochromatic, often evocative of the sensual, pulsating sounds of Laurie Anderson’s record “Mister Heartbreak.” Slowly moving around the room, Free improvised mosaics of sound based on several of the paintings hanging on the gallery walls. Then she trained the audience to do the same with their hands and feet.

Without a break in the performance, Free was joined by Elise Witt, a singer, songwriter and performance artist from Atlanta who immediately led the audience in four-part harmony in “We Are the Ones We’ve Been Waiting For,” a song taken from a poem by June Jordan with music by Bernice Reagon. Witt’s voice is full and formal, contrasting with her jaunty, swing-and blues-influenced guitar style. All of her songs were pleasing, especially “Moon Suite,” which included an Argentine lullaby, plus Peter Rowan’s “Midnight Moonlight” and her own “Silver Sliver of a Moon.” But nothing she did left me quite so satisfied as “The Time of Cherries,” a dream-like two-part performance piece incorporating dance, music and a montage of memories based on stories her mother told her when she was a child. 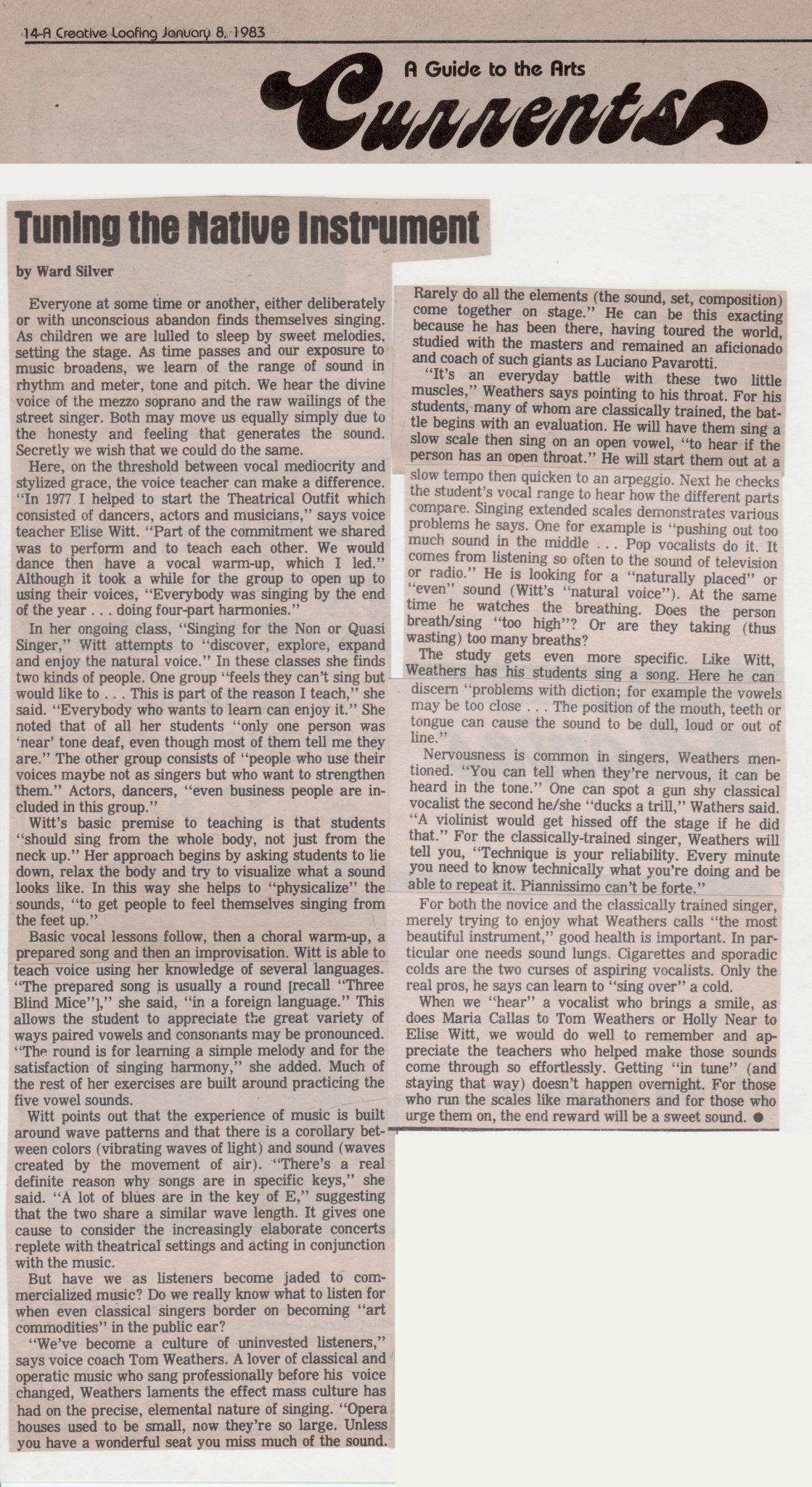