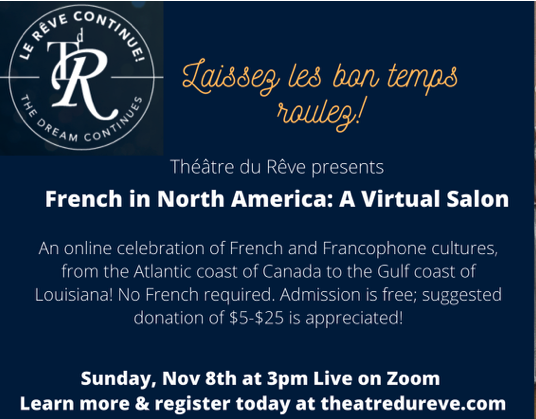 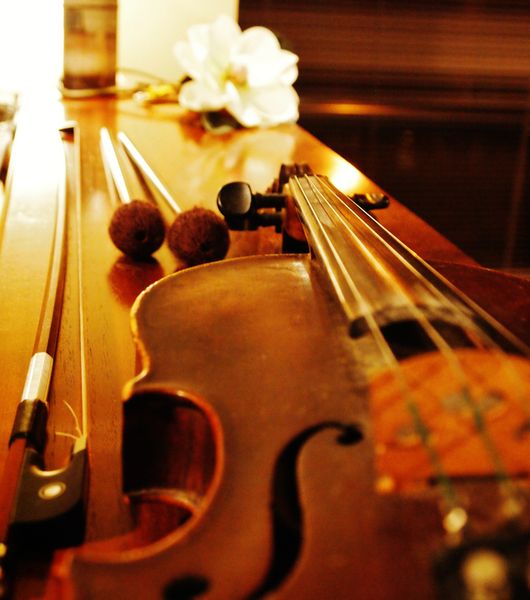 Mick Kinney & I are singing and playing LIVE (online)

Celebrating the culture of Acadia – 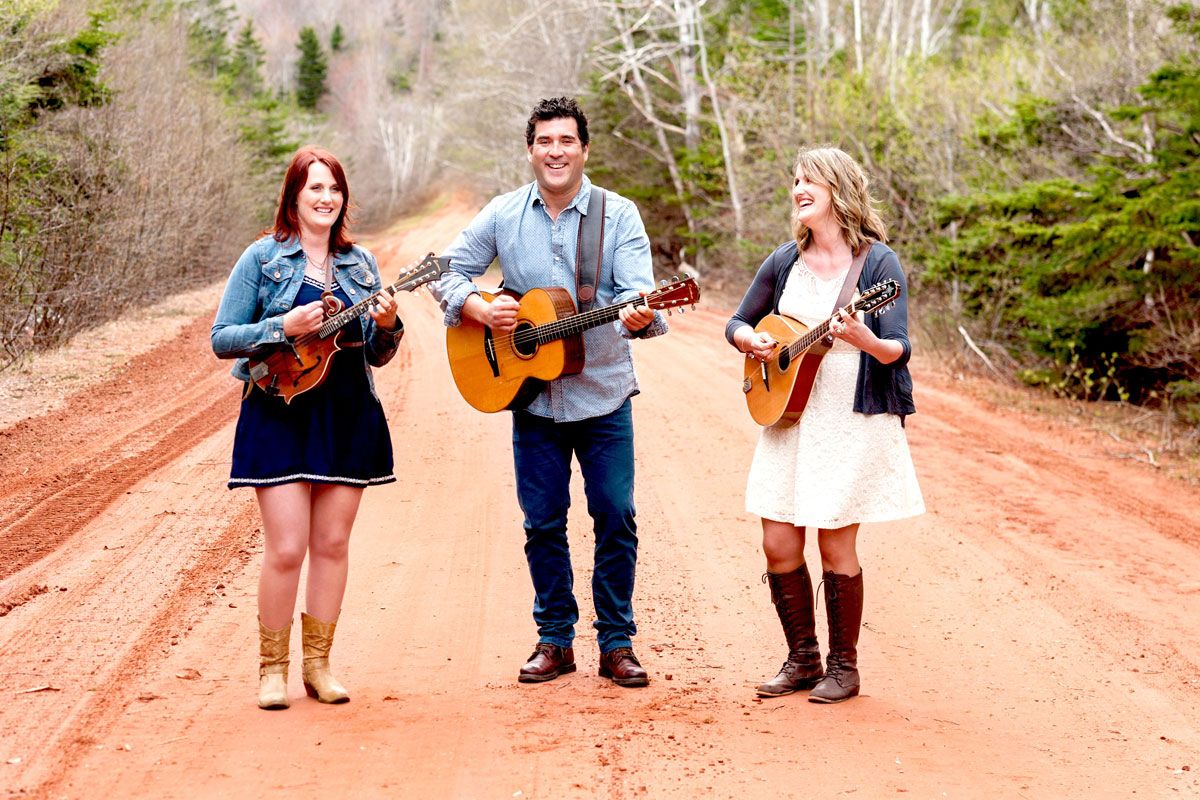 * Trio Vishten’s Emmanuelle LeBlanc will talk about the French Canadian music from Prince Edward Island that she and her sister Pastelle grew up hearing and playing. 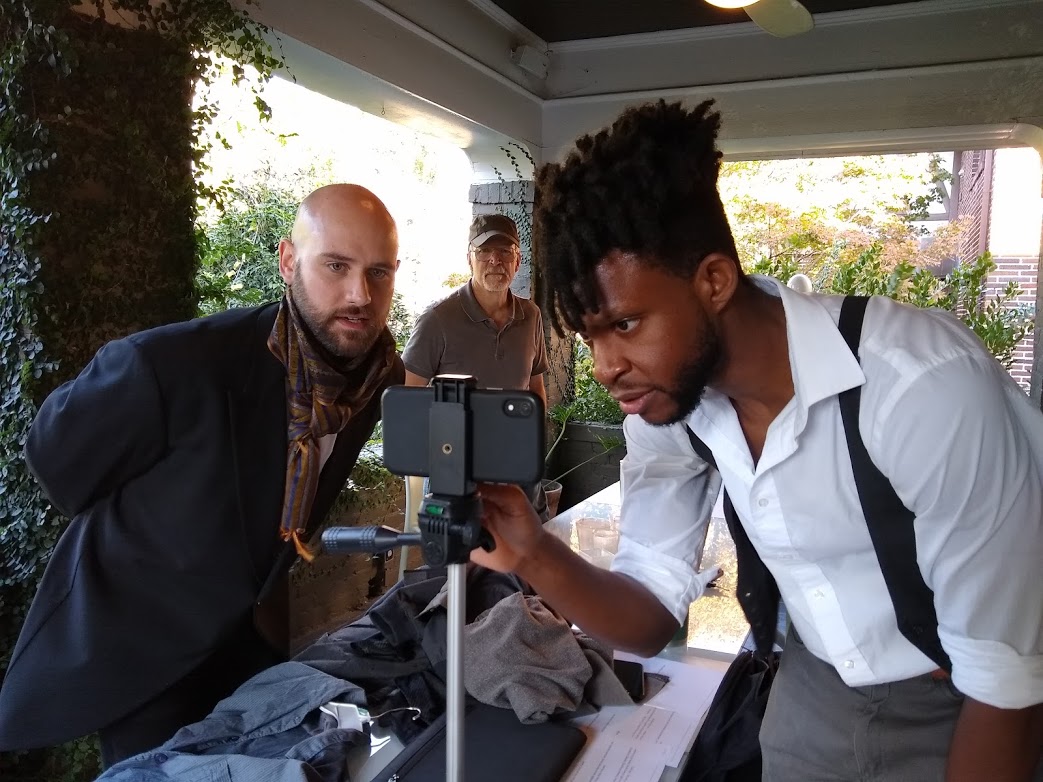 Come ready to two-step, waltz, and sing along! 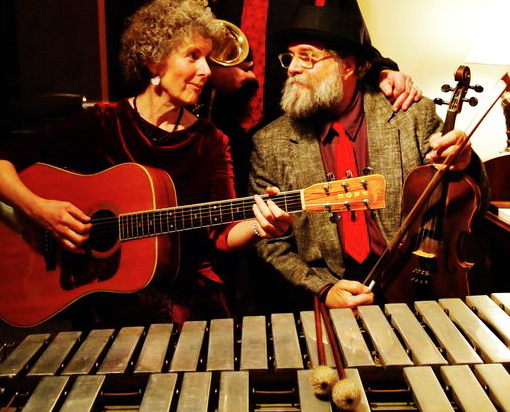 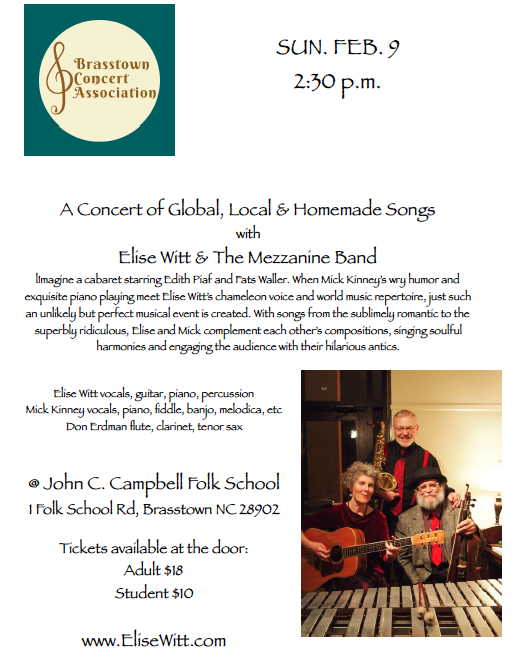 On November 23, 2019, over fifty musicians and over three hundred audience members gathered at the Chosewood Arts Complex in Atlanta to celebrate the release of ALL SINGING: THE ELISE WITT SONGBOOK. Designed by Jessica Lily, the Songbook contains 58 original songs with music notation, lyrics and chords, graphics, photos, and lots of stories.

The concert raised over $12,000 for the Global Village Project, a school for teenage refugee girls with interrupted education, where I serve as Artist-in-Residence and Director of Music Programs.

The concert was preceded by a VIP Book Signing to benefit the Global Village Project. Delicious reception arranged by GVP Board member Connie Bryans and catered by Barwin Musa, mother of our Syrian students Reem, Nor, and Samar. 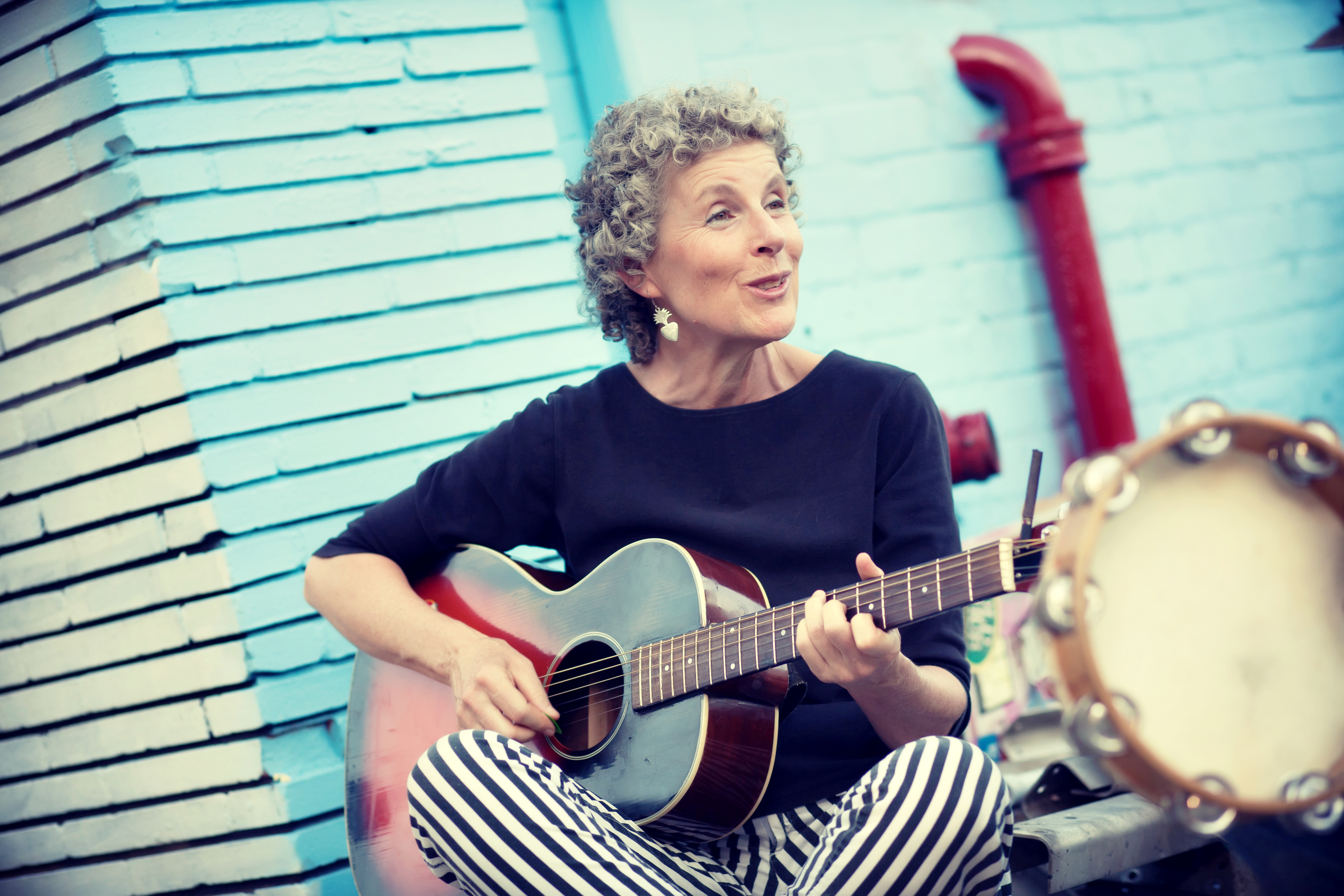 Opportunities to improvise and experiment.

Intimate connection between artist and audience.

Join me for a concert at the house

where my parents used to live in Raleigh! 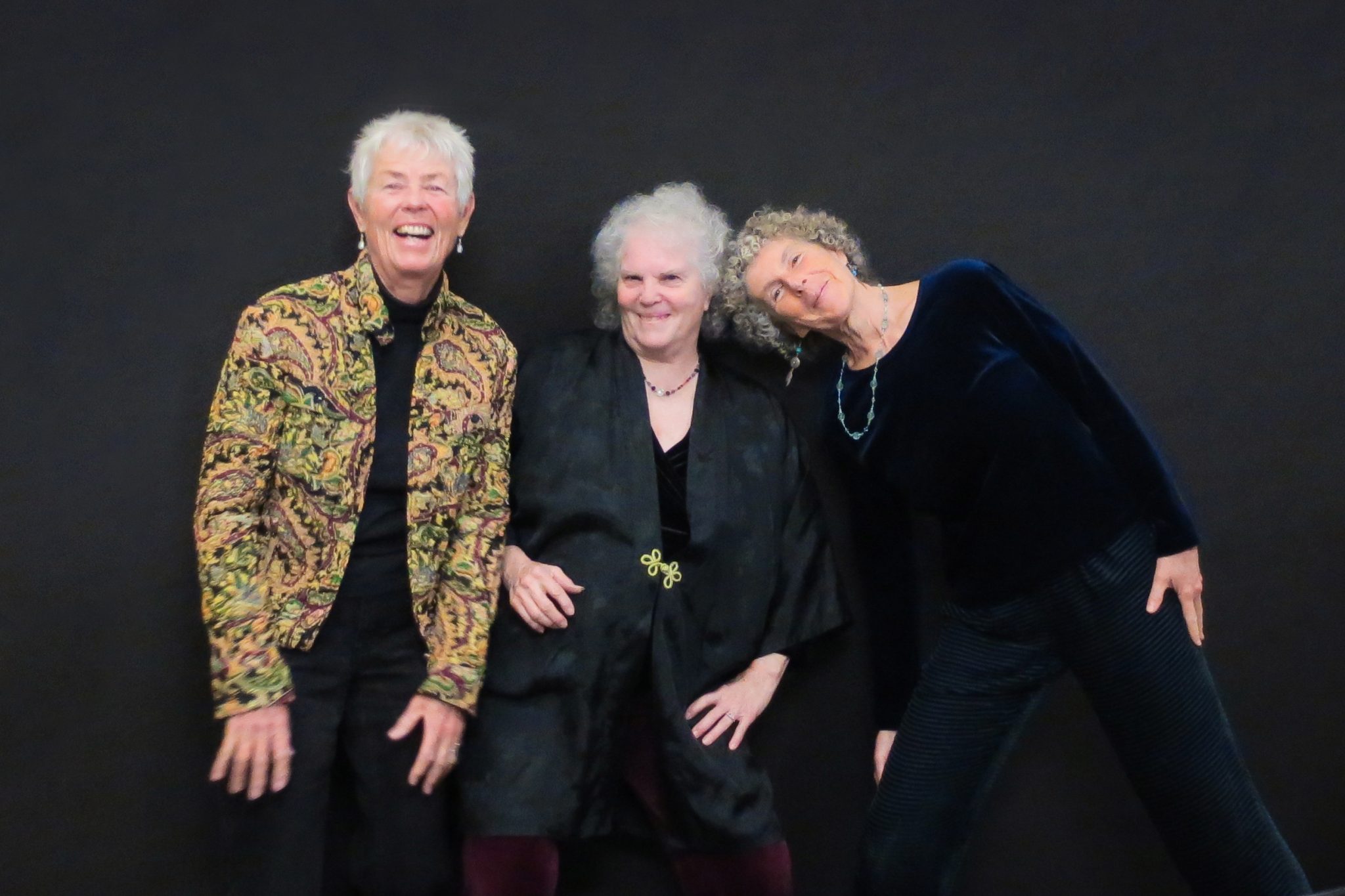 Whether it’s a plaintive cry for families at the border, a polyrhythmic improvisation on the physics of sound, an anthem to the preservation of wild rivers and oceans, or a musical ride on the love train, Terry, Becky & Elise cook from the minute they hit the stage. Bringing three radically different voices to the blend, their voices find each other in that mysterious world of harmony in diversity. The trio’s concerts are also famous for getting the audience singing, and even self-professed “non-singers” find themselves part of an Impromptu Glorious Chorus™. 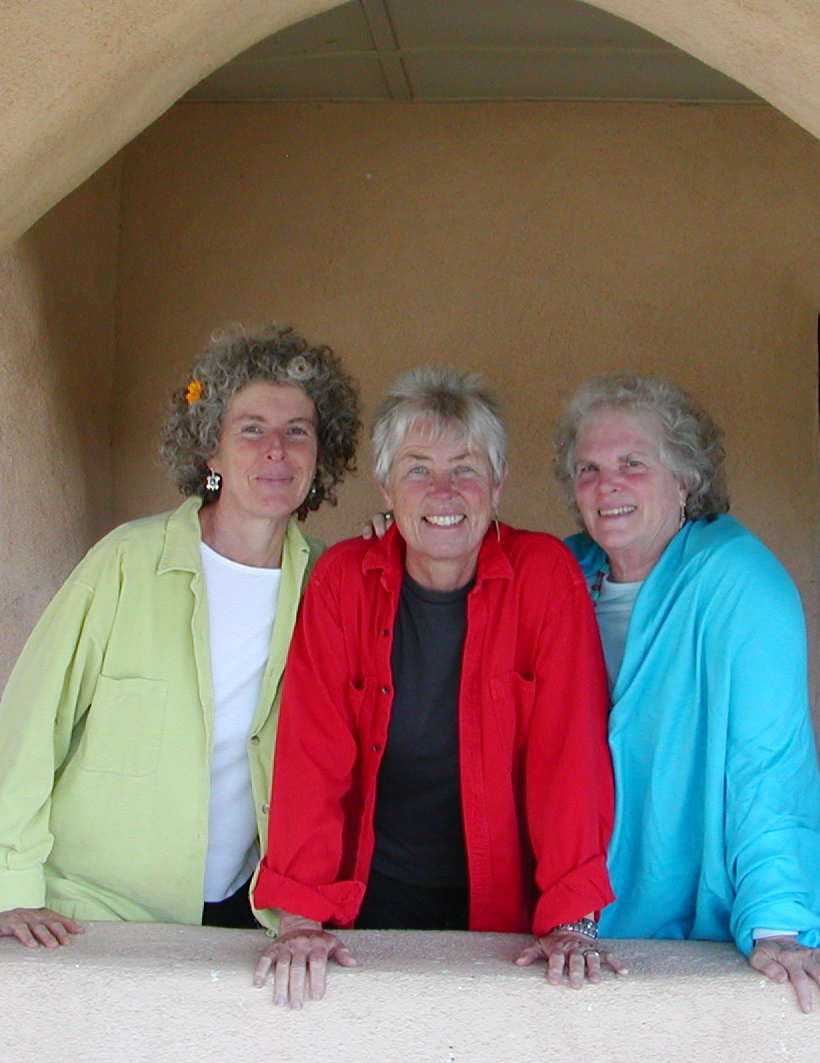 Singing together will take us deeply into the experience of being held and lifted by the sound of our voices making music together. We will be singing songs of celebration, ceremony and community, songs celebrating the earth and our own spirit and creativity, songs of healing and passage, songs of playfulness and joy. We will explore our wildly versatile voices in the rainbow of colors available to us individually and as an ensemble.

Each member of the Trio brings her specialty to the circle. Drawing from her love of diverse melodies and rhythms, Elise might introduce a Brazilian samba, a Congolese storysong, an Italian round, or four-part harmonies from Zimbabwe. Becky’s connection to nature and jazz brings us to listening deeply to our own voice and each other, as we experience the being-in-the moment of easy improvisational games. Deeply rooted in rhythm, Terry introduces songs and games interweaving and interlocking us in vocal percussion. There are also lots of Terry/Becky/Elise originals, plus songs from the African American tradition, quirky rounds, food songs, and lots more!

All of the songs are broken down into easily learnable parts and become thrilling to sing in a group. Even people who think they “can’t carry a tune in a bucket” in no time find themselves part of a glorious choir. Music reading is not a prerequisite. 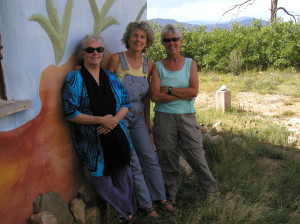 “Want to hear three totally unique yet complementary out-of-the-mainstream voices? Both in poetry and musicianship, Terry, Becky and Elise defy typical music categories while clearly drawing on folk, rock, jazz and non-western cultural rhythms and melodies. Their trio magically combines the surprising individual sensibility of each of these women who have fearlessly pursued an artist’s drive for self=expression. Want to resonate with notions of responsible connection to other people, nature, and the challenging world around us? Sing along with the deep and delightful songs these women share so soulfully.”
~ Donna Calame, Sunday Concert Series, San Francisco CA

“This may be the most unusual and musically exciting concert we have presented in our 11 years of 178 concerts!”   ~ Jack Sartain, Producer, Music for Missions Concert Series, Tucker GA